Information Collection, Use, and Sharing

We are the sole owners of the information collected on this site. We only have access to/collect information that you voluntarily give us via email or other direct contact from you. We will not sell or rent this information to anyone.

We will use your information to respond to you, regarding the reason you contacted us. We will not share your information with any third party outside of our organization, other than as necessary to fulfil your request, e.g. to ship an order.

Unless you ask us not to, we may contact you via email in the future to tell you about specials, new products or services, or changes to this privacy policy.

You may opt out of any future contacts from us at any time. You can do the following at any time by contacting us via the email address or phone number given on our website:

Wherever we collect sensitive information (such as credit card data), that information is encrypted and transmitted to us in a secure way. You can verify this by looking for a lock icon in the address bar and looking for "https" at the beginning of the address of the Web page.

Smart Cities have been a common topic of discussion for municipalities and city planners for years. After a decade of discussion and development the idea of a smart city has evolved into a buzz word that describes some interconnected tech utopia with no clear path to realization.

I recently responded to a reporter query on the topic of practical deployments for smart cities and the major barriers cities experience in adopting these technologies (if the article is ever published I'll be sure to add the link here). His questions really got me thinking about the term and a fundamental assumption that's baked into it.

In general, when we envision a Smart City we see 'smart nodes' installed at every crosswalk, street sign, or city bus. We imagine waterfalls of ones and zeros pouring from these magic grey boxes, finding their home on the Mayors iPad in the form of notifications, graphs, and recommended actions. Unfortunately for most municipalities this idealistic view of smart cities is as far off as flying cars and lightsabers. The difference between a future straight out of the world of The Jetsons and our view of modern smart cities is that we actually do have the technology to set up nodes at every street corner and monitor the data.

The common misconception is that if a city has municipal tech leaders and a boatful of money they can purchase and install the infrastructure required to become a 'Smart City'. This, however, stems from the assumption that 'smart nodes', along with even more data is the barrier to making a city smart. Unsurprisingly a municipality doesn't graduate and become a Smart City once they've met some sensor per capita quotient. The primary barrier is facilitating information systems that can support multi sourced data and, most importantly, decision making strategies that can leverage them. The following reviews Smart Cities Maturity Model presented by TheUrbanTide.com:

'Smart nodes' have been drilled into our concept of a smart city, but are really a band-aid solution to the larger challenge of designing processes and systems that best allow municipal leaders to gather relevant information and make data driven decisions. Most organizations try to skip stage one and jump to the future by installing 'smart infrastructure'. Without the correct baseline this data is doomed to be forgotten and misused.

What's often neglected during 'Smart City' discussions is the amount of data that is already being collected by a municipality. Much of this data sits and collects dust in filing cabinets or lays dormant on a server. The process to seamlessly pull information from any service or program and compare it among its peers needs to be the first step for any municipality before installing any infrastructure. Answers to simple questions like: How many people attended skating lessons in 2019? Should be easily accessible to anyone in the municipality, not just those in the Parks and Recreation Department. Moving out of the Ad Hoc stage is no small feat and isn't easily solved by technology. It must, instead, be managed through policy and streamlined communication procedures. Once the silos between departments, programs, and services are bridged, it becomes much easier to begin using data to empower decision making processes.

In the end, a smart city is defined by how it collects, manages, and distributes its information. Not how much data it collects or the sensors it has in place. Seamless sharing and management of information can then be used to make data driven decisions and policies. That is the difference between a Smart City and a city full of 'Smart Nodes'. No array of smart nodes will ever make up for a municipality that fails to organize, share, and utilize the data they already have. 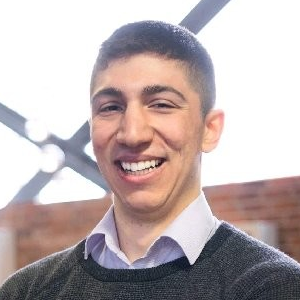